Shish Barak is a traditional Lebanese dish, made of small meat dumplings and cooked in yogurt. Follow Sousou’s easy steps to surprise your family with a hearty and healthy meal that they will enjoy.

Mix the flour, salt and sugar in a bowl. Make a hole in the center and poor in the corn oil. Then add the instant yeast.

Add water as needed to form the dough.

Divide the dough into 4 balls.

Cover with a nylon film and cloth. Leave for ½ hour.

In a pan, fry the onions with oil until the color changes. Then, add the meat and stir until the water evaporates. Lastly, add salt, pepper and cinnamon.

Roll out the dough on a floured table until it becomes Thin. In order to create circles, cut it with the smallest rounded cookie cutter.

Put ½ teaspoon of the meat filling in each circle. Fold over in a half moon shape both sides. Press the edges firmly.

Put them in an oiled tray, and cook them in the oven until golden.

In another saucepan add the yoghurt, corn flour and one egg. Then, add one pinch of vanilla. Stir well before putting it on the stove.

Stir on high heat until yoghurt starts boiling, then add the rice. Reduce the heat and leave for 5 minutes.

Spread on the top the dried mint.

Add some yoghurt in the plate with some shish barak. 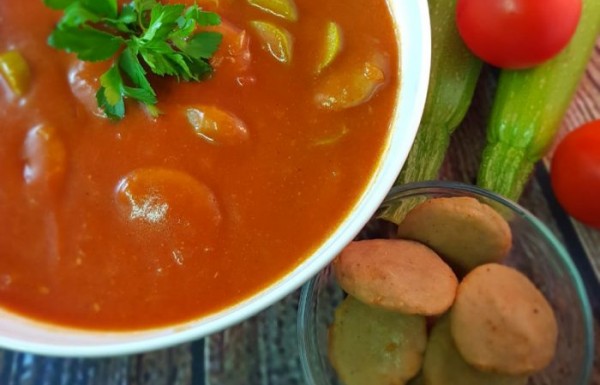 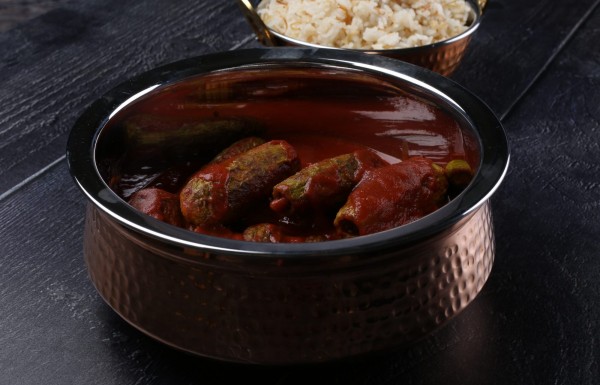